Take a look at our Summer Term Classes. Secure your place by booking online.

An evening of dancing, good music and laughter with great people! All with an array of cheeses and wines plus appetisers for you to enjoy. Saturday April 20th, 8pm, Members £15, Non Members £20

Seeking young dancers and actors to be part of our forthcoming production.

We would like to welcome the wonderful Sophie Stannard to our teaching team! Sophie is 19 years old and has been working with us over the last couple of years. She has built up a great relationship with many of our dancers already and has now been offered a permanent position within the Ipswich School of Dancing. We are very pleased to have Sophie working with us and know she will be an asset to our school. Sophie has trained in dance since she was two years old, studying Ba 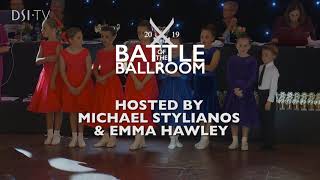 Latin Legend to join Battle of the Ballroom Line-up

Plans are hotting up for the next Battle of the Ballroom on 17th March – which will be filmed LIVE by DSI TV – so much so that it’s hit the national newspapers! The thrilling event at Ipswich Dance Festival, pioneered by DSI London’s Gerald Schwanzer and Emma Hawley, owner of Ipswich School of Dancing, featured in the Daily Express after Len Goodman, former head judge of Strictly Come Dancing, appeared in a video on Instagram saying how excited he was about the Battle. Len sa